On Veterans Day I attended a beautiful ceremony at the 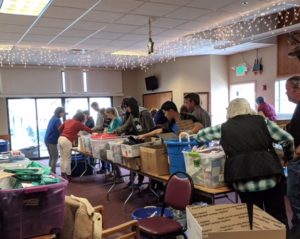 Veterans Auditorium in San Rafael honoring those who have served. Present were Veterans from World War II through current day wars and peacetime, and from all divisions of our military. It was one of the most moving experiences I’ve had all year, to honor and witness such a proud group of veterans and their families.

My friend is a Blue Star Mom, she invited me to this event which happens every year. A Blue Star mom is a mother who has had a child or currently has a child in any branch of our Armed Forces. 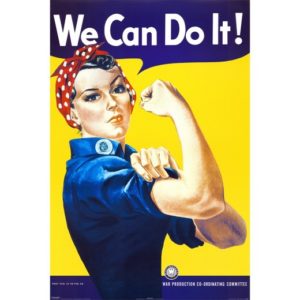 I was quite inspired as I listened to a 96-year-old woman speak eloquently about having been a Rosie the Riveter during World II, and has made it her mission to have our government declare a “Rosie” holiday. She’s made quite a bit of progress so far, and says she’s not leaving until she gets it done!

The band played individual music themes from every division of the military, we all clapped as members of those divisions stood proudly to receive acknowledgement. I found it so heartwarming,  and was close to tears throughout the ceremony.

Last week I spent a morning helping members of the Blue Star Moms of Marin pack up holiday goodie packages to send overseas to our troops. What a joy and moving experience to put together boxes, including cards written by school children and teenagers, honoring our troops and thanking them for their service. I felt such gratefulness for those who put their life in harms way so that we may stay free.

I intend to participate in the Veterans Day service every year now, and I have since joined as an associate member of the Blue Star Moms of Marin. Although I don’t have a child who has served in the military, I have always had a place in my heart for those who sacrifice a portion, and for some, all of their lives for us.

I am so grateful to have been born in a free country, and experience endless possibility and free choice. And what an honor to be able to acknowledge those who help keep me safe and free, and hold them in my heart.

*If you are inclined to learn more, and/or become involved, some sites to visit are: